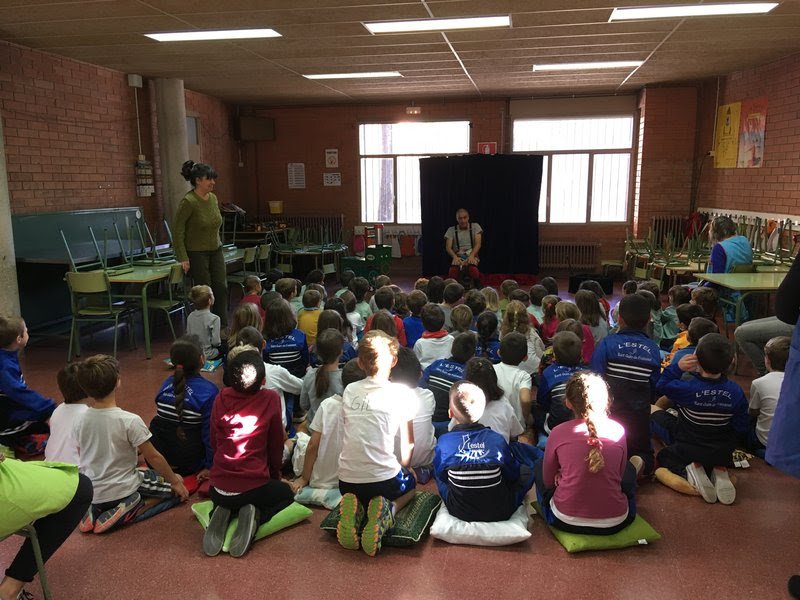 Workshops for Kids to Enjoy and Learn

A different way of teaching: how to use stage techniques as powerful pedagogical tools to transmit knowledge.

Learning while having fun

A few years ago I made a wonderful discovery: I realized that being a clown not only allowed me to entertain children, but also that the techniques of my trade were very effective in teaching. That’s how I got started in my new job as a teacher.

From the material I had initially developed for my plays, I set up five training workshops: habits for children aged zero to three, English, literacy, social and civic values, and astronomy and science.

What makes these classes special – and what really surprises the kids – is that the teacher is a clown who teaches through magic, mime, puppets and a lot of humor. That’s why my classes are called staged workshops.

However, beneath this envelope of comedy lies a purely pedagogical goal, in which art is simply the tool for teaching. Chalk and blackboard are replaced by red nose and magic tricks, but the purpose is pretty much the same.

How do you learn in a Ruskus workshop?

In this example you can see how children are taught to use the prepositions on and under using clown techniques.

Professor Clown Ruskus Patruskus puts a small suitcase on a table and a tablecloth on it. Ruskus, confused, not realizes that he has covered his suitcase with the tablecloth. Since he can’t see his suitcase, he thinks he has lost it

The aim of the workshop is, on the one hand, to give an overview of the scientific method: the observation, experimentation and analysis of the results. In addition, it teaches the basics of astronomy: what are the planets, stars, and galaxies, and the main features of each of the planets in our solar system.

The workshop is suitable for children from 3rd to 6th grade.

The habit of reading

The aim of the workshop is to stimulate children’s interest in reading and thus promote reading comprehension and basic literacy skills.

There are two options for doing the workshop. The first version is to present books and reading as attractive tools to have fun and learn.

The second variant is specific to public libraries. The library organizes a small exhibition of books related to a specific topic (circus, magic, animals, space, etc.), and the content of the workshop is tailored to that specific topic. At the end, as a complement to the activity, the children are encouraged to read one of the books in the exhibition.

Learning to live together

This class provides training in topics related to coexistence and civic values. It deals with recycling, the collection of pet excrement and the basics of road safety education.

This activity is often carried out in collaboration with the town council and the local police of the municipality. It can be adapted for children from kindergarten to high school.

The education of the little ones

The zero-to-three-year stage is crucial to personality development. This workshop reinforces the learning that takes place in nursery schools through the creation of habits.

There are three variants of this workshop, depending on the type of habits you want to work on:

After the workshop, the students are left with a strong impression. They’ve seen magic tricks, they’ve heard stories, they’ve done theater and they’ve laughed with puppets. But most importantly, they have learned a lot. This knowledge needs to be reinforced and allowed to settle.

This task is accomplished through teaching guides.

The guides basically consist of entertaining exercises that reinforce the content of the workshop. the exercises are designed to be attractive to children and, at the same time, consolidate the training given in class.

A different way of teaching that loves young and old

At first it didn’t look like it was going to be science, but then the content is linked very well and a lot of information is given. I really liked everything.

The children really enjoyed themselves. (…) The very right material and the fantastic theme. They really liked the photocopies of the activities because they were not exercises but games, crosswords, mazes… Really hard work. Congratulations.

It is very pleasing to the students, it arouses a lot of attention, curiosity, excitement and joy while participating very spontaneously.

About me
FAQ
Pricing and availability
Reviews
Blog
Contact