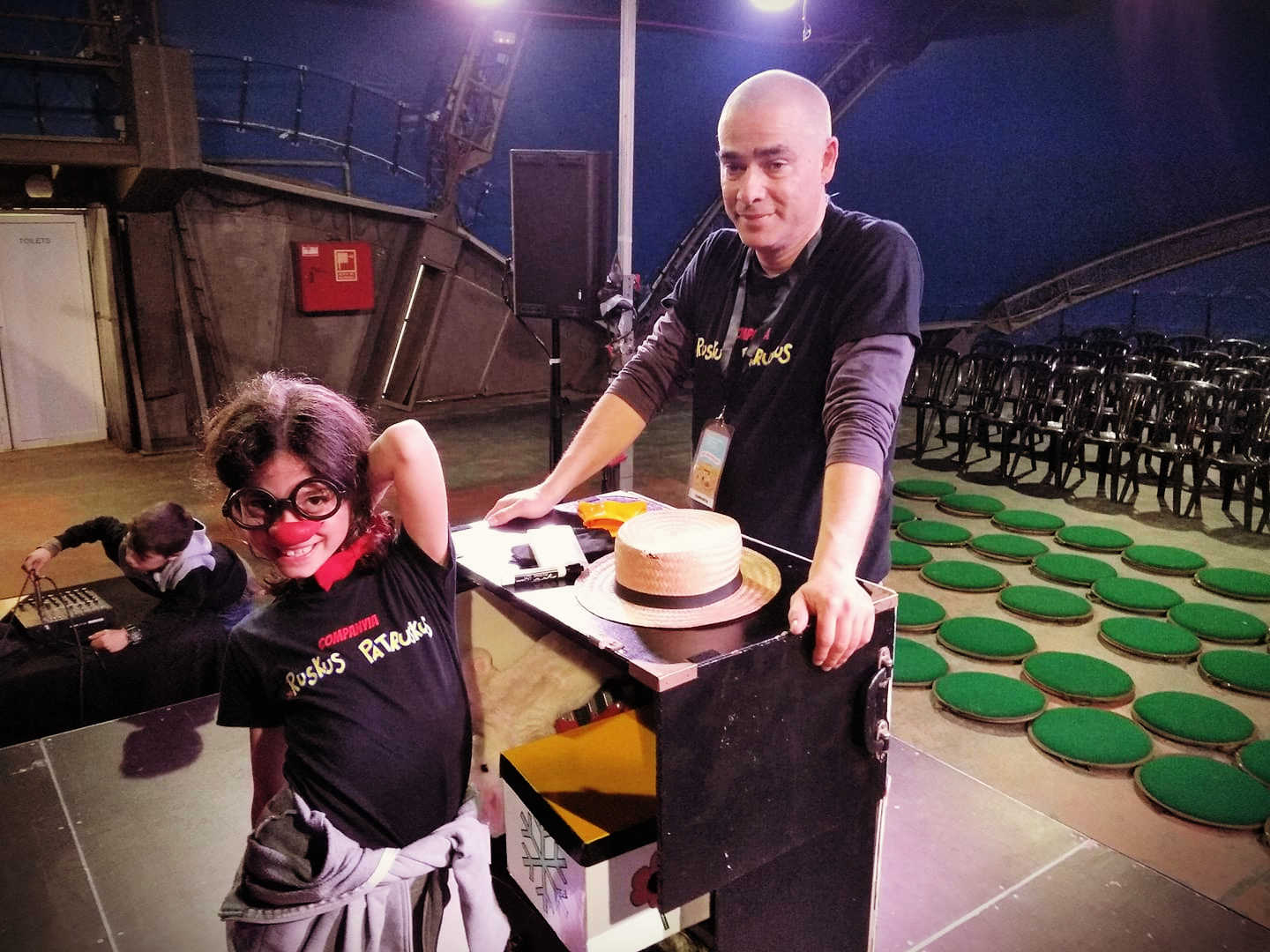 I will tell you where did I come from

Although many people call me Ruskus, this is just my stage name. My real name is Leo Kálnay.

My father was a physicist and my mother a mathematician. I think that is the origin of my fascination with science and technology.

As a child, there where many countries in my family: my mother was Catalan; my father, Argentine; my grandparents where from Catalonia, Hungary and Poland; my brother was born in Brazil, myself in Peru, and we lived in Venezuela.

At the age of 24 I settled in Catalonia and met a fantastic girl, Sagra. We currently live in Hostalric with our two children, Júlia and Pau.

The two things I love most in the world are my family and my job. I could not live doing a job that I did not like just to get a salary.

I am also fond of Catalan, and it worries me to see that it is less and less spoken among children and young people.

I want Catalonia to be an independent and advanced republic soon. When we all go together we are invincible, like the Gauls of Asterix.

I like people who fight and risk to achieve their dreams and use their imagination to create enthusiastically.

I think that if we had internalized that when we die we don’t take anything with us, we would live in a very different way.

I dreamed that when I grew up I would be an inventor, a car builder, a bus driver, and a secret agent, among a thousand other things. But I never guessed I would become a clown!

Why am I a clown

When I was twenty I fell in love with theater, and decided that I would be an actor. I studied drama, and from then on I performed some characters sporadically here and there.

Then came a time when I felt stuck: I didn’t quite feel comfortable being an actor. Above, I needed money, and I could not get enough from acting. Sagra gave me a hand, and we both dressed up as clowns and started entertaining children.

Although we had no idea of ​​the trade, I realized that I enjoyed entertaining much more than just acting. Besides, I was earning money doing a fun and creative job. What else could I ask for?

I started researching and learning about clowning, circus, magic, and puppetry. In 2000 I had a very enriching experience with Clowns Without Borders in Guatemala and Kosovo, and I realized the enormous potential of clowning.

Something inside me clicked, and I decided to change my dream. I would no longer be an actor: I would be a clown! But I had little experience, I felt very insecure and did not know where to start.

With my head full of fantasies I went to Madrid. There I had a lucky break, and a company that performed shows in English for schools gave me a job. Thanks to this, for the first time I was able to put into practice many ideas that I had in my mind. I also gained confidence in myself, and I started outlining my character and my first show.

When I got back to Catalonia, I performed on streets for a while until I felt brave enough to dedicate myself to this trade. Had it all! A minimum of experience, a character, a show. I even registered at the tax office and social security.

I was just missing something: a stage name.

I did not like anyone. Until one day, in a sudden outburst of inspiration, Sagra came up with the one:

About me
FAQ
Pricing and availability
Reviews
Blog
Contact